THE BEGINNING HISTORY OF CHICAGO

Early in its history, Chicago established itself as a hub for industrial activity characterized by its major water transit system. The first permanent resident of the city was of a non-native American ancestry and arrived approximately in 1780. Jean Baptiste Point du Sable was a free Black man from Haiti and had ventured into Chicago looking for trading opportunities[1]; Chicago’s proximity to the water made it an ideal location for the adventurer to settle.

Point du Sable began a family on his farm and served as a stopping point for other traders who traveled through the area. He eventually left Chicago and sold his land and business. Jean Baptiste du Sable is known as the founder of Chicago and made it possible for the rest of the cities narrative to be written, a remarkable story of obstacles and triumphs and is representative of what the nation represents as a whole. 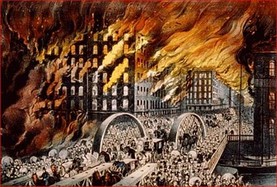 [source: blogspot.com]
The year 1871 marked the year Chicago resiliency as a city was tested. A huge fire mysteriously aroused and ruined one-third of the city destroying a significant amount of infrastructure and leaving many residents homeless. The legend of the story is that a cow of local resident Mrs. O’Leary kicked over a gas lamp that initiated the conflagration. Fortunately the factories and railroads were saved and the city was able to restore itself as a dominating industrial entity[2]. Although there has not been a clear connection between the origin of the fire, The story of the cow and the gas lamp has created an urban legend that adds to the cities uniqueness.

Chicago soon became a city of labor strife and unrest; the very thing that characterized the nature of the city was the same factor that had the potential to destroy its reputation. Upton Sinclair’s The Jungle unveiled the truth behind the meat packing companies demonstrating both the unsanitary practices involved in preparing the food, and the harsh working and living conditions eastern European immigrants were subjected to in the inner city. Chicago began to appear to be abusive to its immigrant population and was not viewed in a respectable light. In addition to the releasing of the novel, several labor strikes occurred from workers that believed they were not being traded fairly on the job. 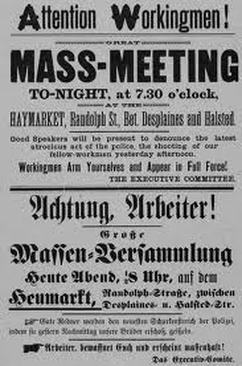 [source: genealogytrails.com]
The Haymarket Riot was a devastating event that involved workers protesting abuse in the workplace but was an event that set organized labor campaigns back. Workers at the McCormick Harvesting Machine Company in Chicago abandoned their positions at work and vowed they wouldn’t return until they were granted 8 hour work days. Instead of the company listening attentively to the concerns of the workers, they instead locked out the disgruntled workers and hired scabs to replace them.

This aroused the now dislocated workers who chose to voice their anger at the May Day parade[3]. However, this action of political activism resulted in a person dying and only added more fuel to an already heated issue. The workers then chose to use the Haymarket as a platform to speak out about all the injustice that was being done towards them. The event turned violent and ammunition was fired.

The Haymarket Riot resulted in over 100 casualties and at least 4 deaths. This event was one that illustrated the dire need for the city to restructure its labor market[4].

A CITY DEEP IN RACIAL AND POLITICAL CONFLICT

The city became a melting pot mixed of African Americans and European immigrants. This combination of different cultures created racial tension and cultural clashes that resulted in violence. Chicago was a major city involved in the Great Migration. The north was became a place of refuge for free Blacks in the post-civil war era and Chicago particularly was a sought out destination because it was northern city with a lot of perceived job opportunities.

This motivation introduced a large number of Blacks into the city and created racial tension. Although the African American bodies were no longer held in bondage, White Americans still viewed Blacks as inferior and were not welcoming to the swarming group of migrants. The eastern European immigrants had yet to be included in the evolving group of whiteness and were also discriminated against. They were forced to work in low paying industry jobs that did not adequately support a comfortable style of living. The existence of these two groups together in the city generated competition and created constant feuding amongst the groups. 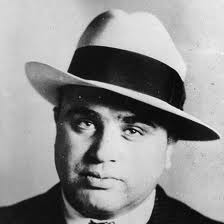 [source: bio.com]
Not only was there racial tension but there was also political conflict too that began to burden the city. Al Capone moved into the Chicago region with the intent to capitalize off of the bootlegging industry, in the process Capone acquired a grand amount of political clout and regulatory power over the metropolitan area. Capone was deemed responsible for political controversy and mass murders such as the Valentine’s Day Massacre in which several men were made to stand in a line and were murdered in cold blood right where they stood. Capone was regulating the entire metropolitan area and His legacy as the most notorious American gangsters still influences the City of Chicago’s reputation[5].

THE CITY AS A CULTURAL COMMODITY 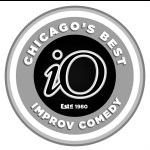 In Chicago, art of all magnitudes has a place to live and grow; specifically, the city has one of the most distinguished theatre industries. Chicago is home to a multitude of successful theatres including the Strawdog Theatre, The Goodman Theatre, and the Chicago Theatre all of which are valued and respected aspect of the municipality[6].

Improvisational comedy has blossomed in Chicago. The modern improv that originated in the city influenced a myriad of other regions and is responsible for spreading the art throughout the larger American field. Two comedy groups that still have the base in Chicago is The Second City and I.O.

The influx of African Americans during the First World War developed a musical tradition with roots in blues, gospel, and hip hop. The institution of these historical musical foundations has translated into the modern musical industry. Some of the most popular artists are Chicago residents including the famous Kanye West. In the 1980’s the city also filled the niche of industrial rock and alternative music. There is now a strong rock scene that facilitates a multitude of celebration converts and festivals[7].

Chicago has also developed a strong tradition of food and music that has derived from its diverse demographic. Its signature foods are classified by the working class element of the city and include fast but rich foods such as deep dish pizza and its notorious hot dog. There are also different districts that are modeled off of certain ethnic groups such as Little Italy, Greektown, and Chinatown.

The history of Chicago has been critical in the city's planning techniques. The presence of industry and the wide variety of ethnic groups has determined the method in which districts and infrastructures have been oriented and drives the plans for future development. Chicago's historical background was very influential in starting Urban Planning as a profession in America and has set precedent for planning across other national cities.